Highlights for this week were definitely crammed into just a few days…actually just the weekend really. Once again, Thursday stands out this week as that was the day India played Australia in the Cricket World Cup semi-final. Not only that, but we also had one of my husband’s work friend over for dinner. He was keen to catch the semi-final action too so we made an evening of it, I even cooked up an Indian curry feast (with a choice of two curries! How I managed that I have no idea!!). It was a great evening, despite India’s loss. Although it would have been nice to see India defend their title in the final, Australia played pretty well and a New Zealand vs. Australia final didn’t sound too bad.

We kicked off the weekend at the Sydney Royal Easter Show. This two-week event is a huge fair at the Sydney Olympic Park, with rides, food stalls, live farm animals (obviously going with the Easter theme) and the Showbags hall. It was massive and with so much going on we only saw a small part of it. Wood chopping competitions, huge female pigs lounging with their piglets and cake decorating competitions being amongst some of the things we saw. If you’re curious about the wood chopping (as we were) check out this live stream video at around the 1hr 14 min mark – https://www.youtube.com/watch?v=HiKx9GobOdU – it really is pretty interesting! The one unique thing about the Easter Show is the Showbags and the hall from which they are sold! That place is a child’s dream come true and a parent’s nightmare. Even as adults we struggled to fight the temptation to buy every single Showbag. So if it’s not already clear, Showbags are goodie bags full of a selection of items from the company who is selling the bag. I’m sure you can imagine what the Cadbury’s Showbag was filled with 😉 . The number of and range of Showbags on sale was beyond me! We had looked at the list of show bags and their contents the night before, so had already settled for a couple of bags that were the best value for money. We paid just $15 for items (they claimed) to be worth over $200. I guess that’s a bonus! 🙂 .

So many pretty looking cakes!

Can you believe this is actually a cake?! 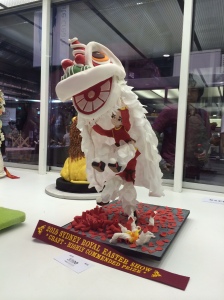 We spent the afternoon taking in the splendour of the Easter Show and then made our way over to the Allphones Arena (just around the corner) in time for the real show that evening. My husband had bought us tickets to see Russell Peters live! Part one of our one-year wedding anniversary celebrations. We had been looking forward to it for a while. Although I’m not the biggest fan, I still thoroughly enjoyed the evening and I’m sure my husband enjoyed it more. Russell’s impressive take on the Indian accent had us in tears 😀 . 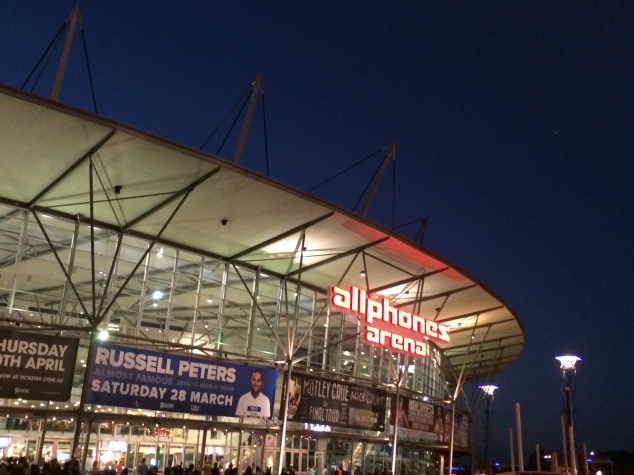 Entrance to the Allphones Arena 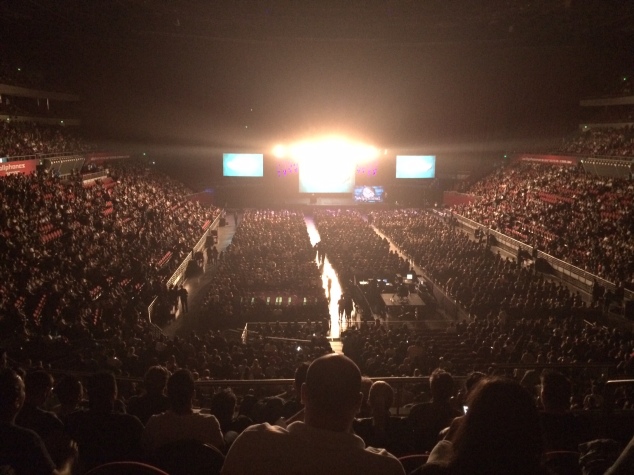 Sunday 29th March will get an extra special mention, as it was a day of great achievement for me. For those of you who know me well (and most of you who know I can’t swim), you’ll know how much I struggle with being in the water and the overwhelming anxiety I feel just thinking about going to the beach or the pool. Well, you wouldn’t believe it (and neither did I really!) but I actually swam all on my own on Sunday!!! 😀 After the progress I made with snorkelling in Cairns, I knew if I pushed myself, I could finally overcome my fear of being under water and learn to swim. We made the most of the free swim vouchers we had earned from our can/bottle recycling and let Victoria Park Pool give me the opportunity to excel. My husband’s consistent effort, words of encouragement and his idea to get goggles (so I didn’t get put off by not being able to see under water!) really helped me along the way and if it wasn’t for him then I’m sure I wouldn’t have got as far. Although I was pretty proud of myself for being able to swim, I’m hoping that it wasn’t just a fluke. We’ll definitely be planning another trip to the pool soon just to keep building up my confidence and improving my rather poor technique. For now, I’m just happy that I can move in the water without touching the bottom. Yay me! 🙂 . 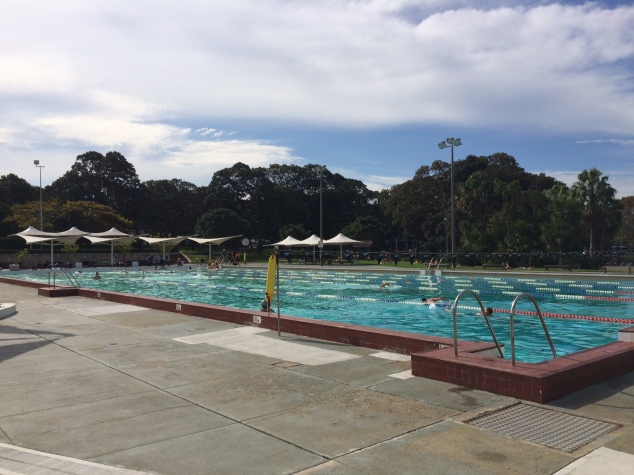 Victoria Park Pool – this is where it all happened 🙂

After our active morning, we took it easy for the rest of the day and tuned into the Cricket World Cup final to see Australia take the win way too comfortably. I was looking forward to a more exciting and run-chasing type of final, but I guess they can’t all be like that. Well done to the Aussies!

Before we knew it, our week had come to an end and with my dad’s birthday (Happy Birthday!!), part two and three of our one-year wedding anniversary to come as well as the Easter break on its way, we had lots to look forward to 🙂 .